Heartland out of stock 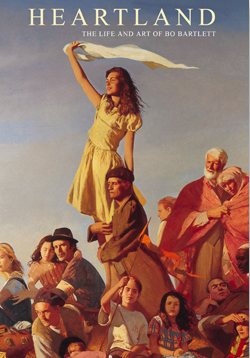 HEARTLAND is a 60-minute documentary film that explores the life and work of Bo Bartlett, weaving together images from over 40 paintings, dozens of intimate family photographs, new footage and home movies. The documentary details the artists who have influenced Bartlett – from his teachers at the Pennsylvania Academy of the Fine Arts to his mentor Andrew Wyeth, the subject of a documentary film Bartlett directed in 1993.

In addition to presenting his paintings and sketches, HEARTLAND documents the many differing landscapes that have inspired the artist and shaped his career to date - including a high school football field in his home town of Columbus, Georgia; the Pennsylvania Academy of the Fine Arts in Philadelphia, PA; the rocky coast of Maine; and the cosmopolitan art galleries of New York city.

Like many of Bartlett's own paintings, HEARTLAND is a beautiful, patient and moving portrait of an artist who paints what it means to be alive.

HEARTLAND is a Nancy Glass Production, directed by Glen Holsten. The film is narrated by actor Terry Kinney. Produced in 2002.
Heartland out of stock